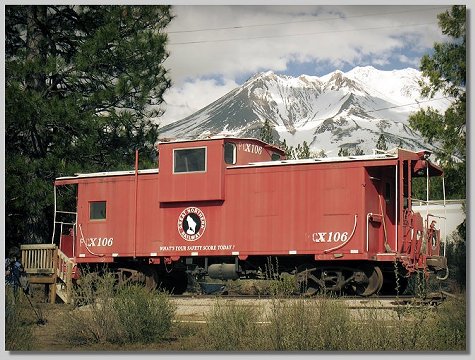 BN #10772 was built in July, 1973 by Morrison-International Car Company as part of a large order of cabooses for the BN. These types of 30' long extended-vision (called that due to the cupola that extends out from the side of the caboose providing a better view of the train for the crew) were the most modern cabooses to be used in large numbers on railroads in the US. Starting in the mid 1980s, cabooses were mostly phased out of operations. #10772 would have originally been painted in BN "cascade green" and yellow with white lettering. 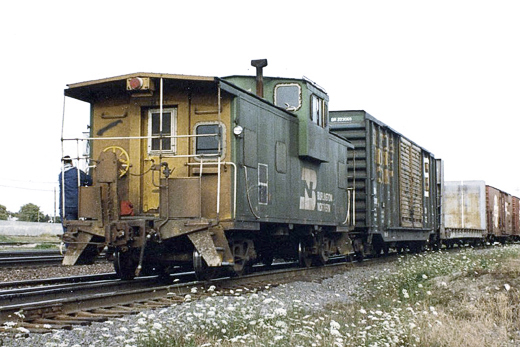 During later rebuildings, many BN extended vision cabooses, including #10772 were rebuilt and had steel plates welded over some of their windows. At some point #10772 was then retired off of BN and donated to the City of Palouse, WA where it housed the local chamber of commerce office. It was repainted in Great Northern colors and numbered X106. However, having been built for the BN, it was never actually a GN caboose. #10772 was acquired by a private owner who moved it to McCloud, CA in 2001 as part of a rail-oriented bed & breakfast lodge. It was restored and upgraded and has an almost "as new" look. We brought #10772 to Black Butte in May, 2011. Here are a few photos of the move: 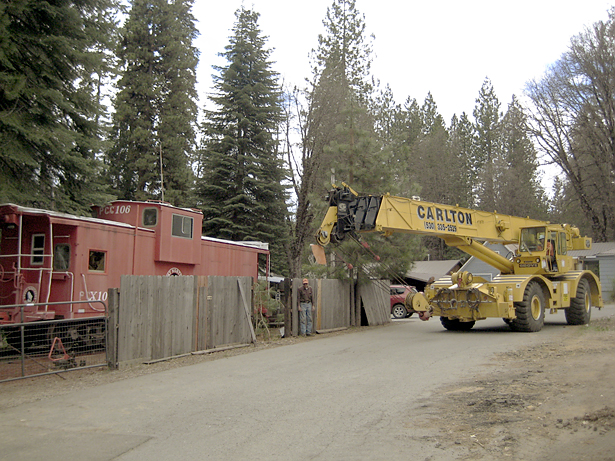 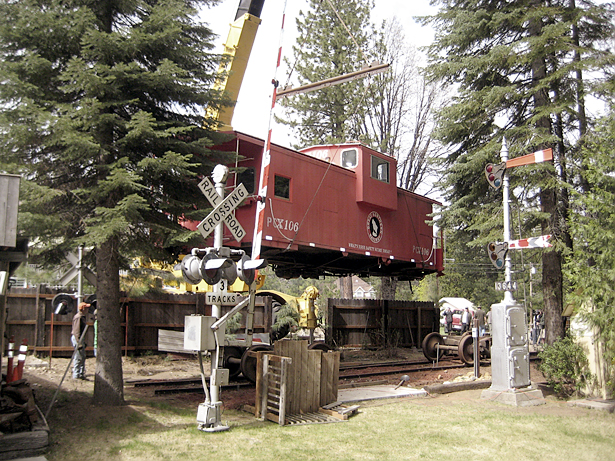 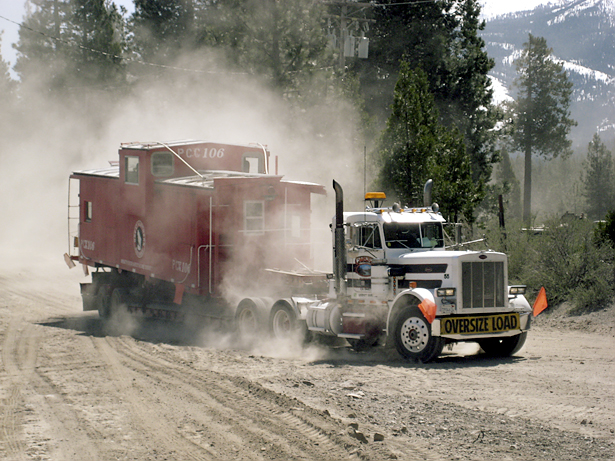 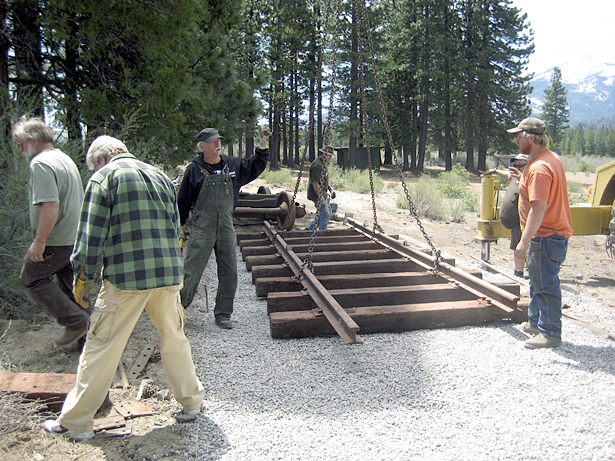 The track panels are placed on our newly-graded roadbed 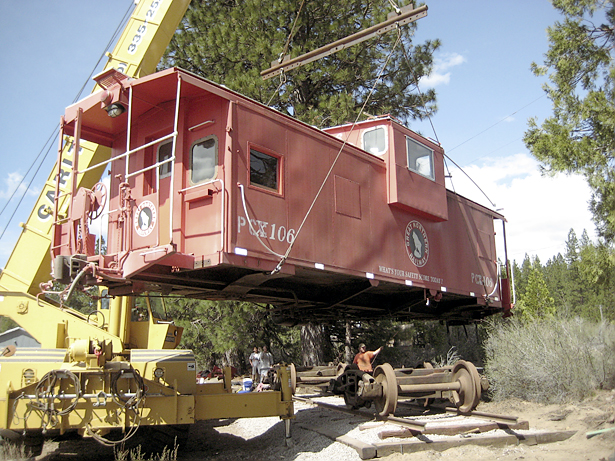