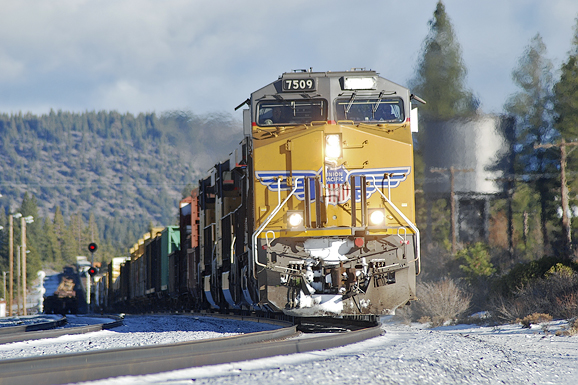 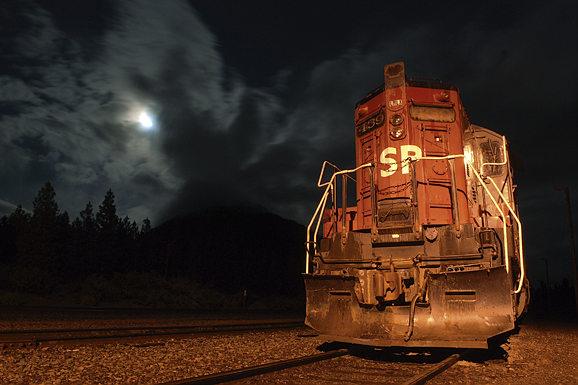 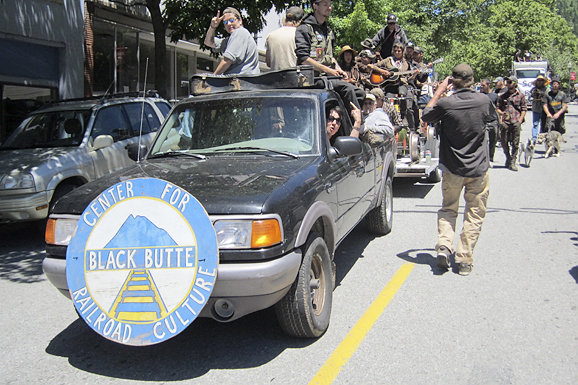 For Dunsmuir's Railroad Days the BBCRC had our rail bike and a large group of musicians and friends in the parade. From the reaction of parade watchers, ours was one of the most popular entries. 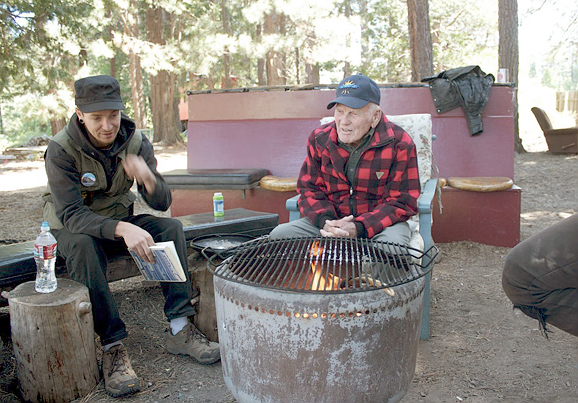 Author and hobo celebrity "Guitar Whitey", featured in the PBS documentary Riding the Rails paid a surprise visit to Black Butte during RR days, even marching with us in the parade. 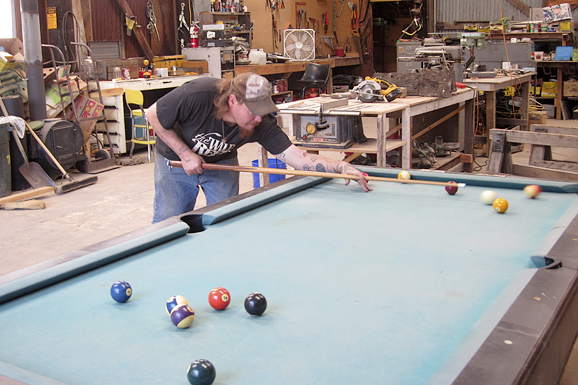 A billiards table has found a new home in the BBCRC shop. Call your shots! 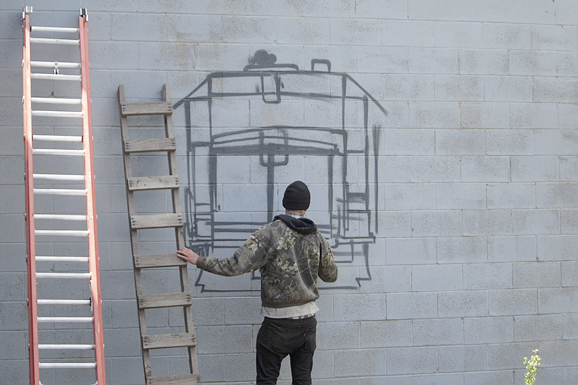 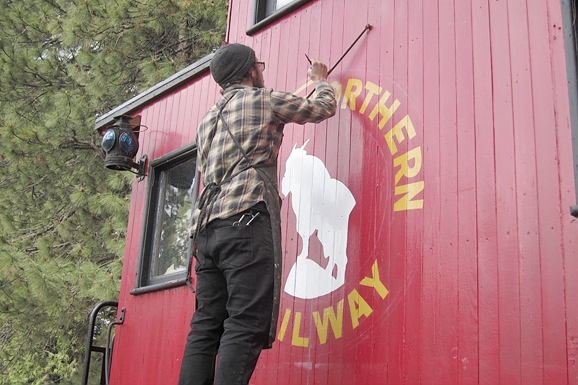 Lettering and the GN "billy goat" herald being applied by Ken Davis. 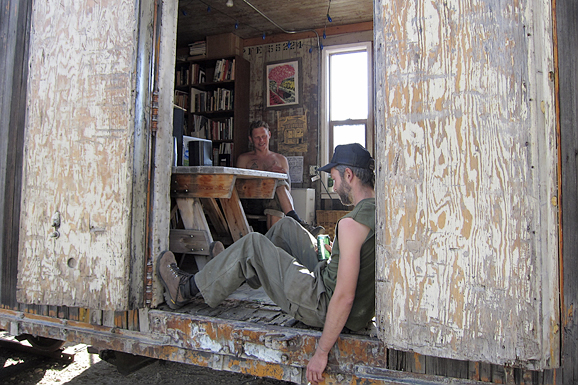 Summer day in the PFE reefer. 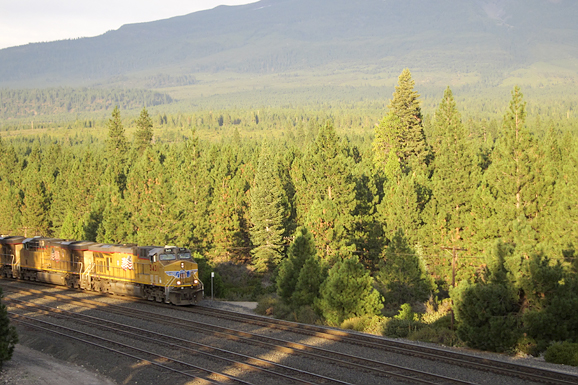 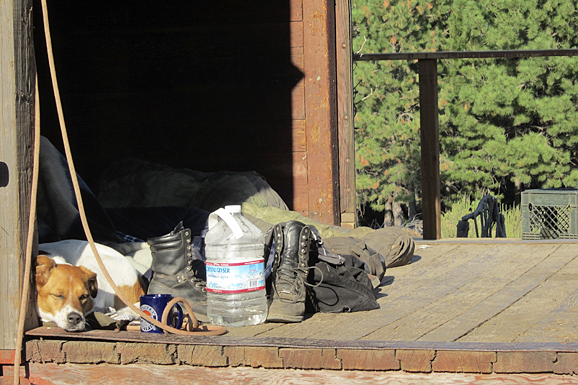 Taking a rest in the boxcar. 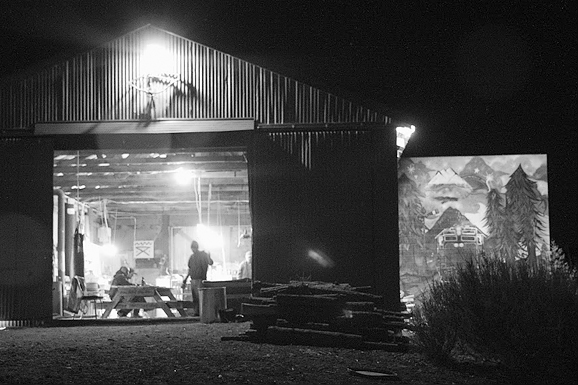 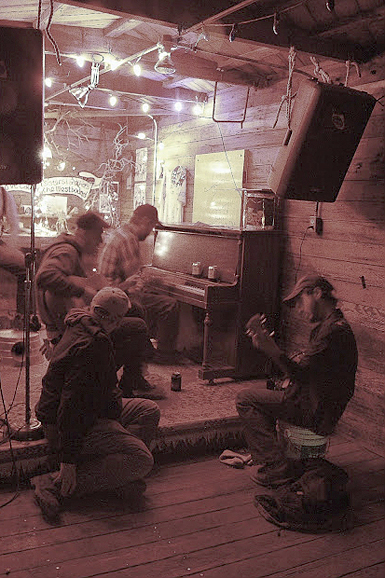 Fall Work Party: Music in the boxcar — now we even have a piano in there! 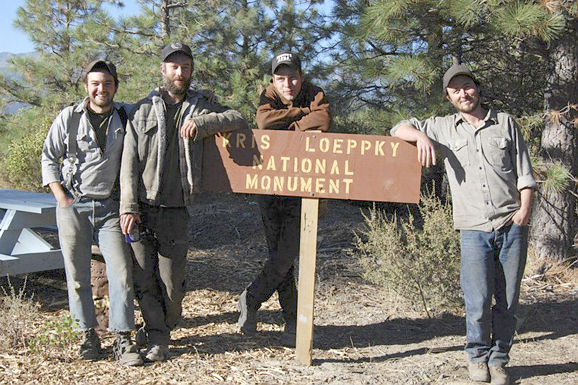 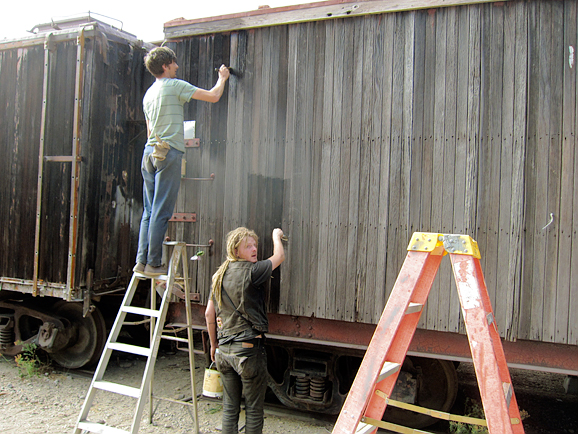 Volunteers at our Fall Work Party applying preservative oil to our Sacramento Northern boxcar to help protect it from the upcoming winter. 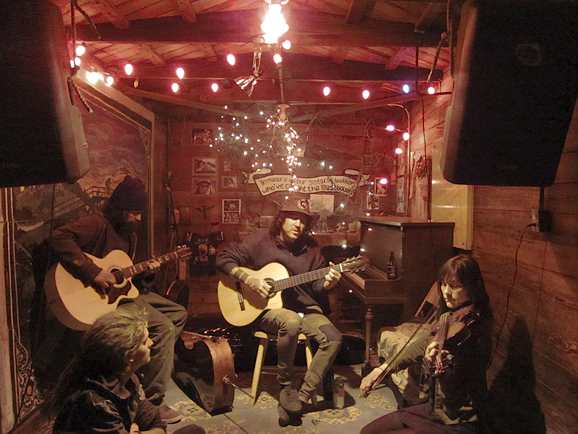 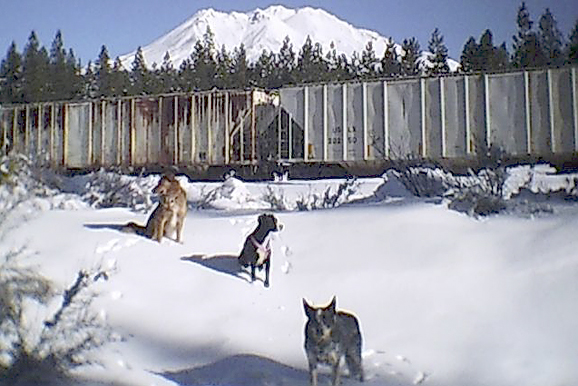 2012 ended with one of the largest snowfalls we've seen at Black Butte. Maxx, Chessie and Larry take in the scene.