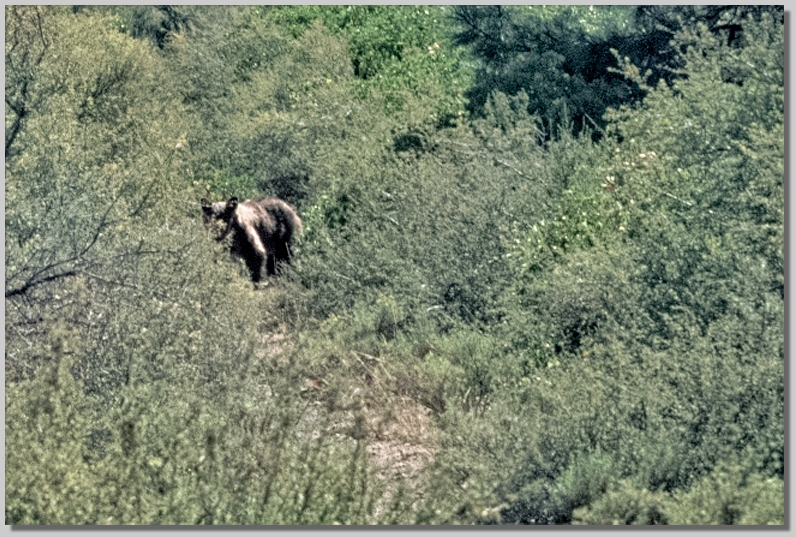 Black Bears are a regular presence in the area. This one was seen on the way to the Black Butte trailhead.

This is a list of mammals and amphibians we have seen and identified (directly or through tracks/feces) on or in the near vicinity of our land.

Mountain Lion (Felis concolor)
Rare. Heard vocalizing a couple times and there are occasional reports from around the area. But no direct signs (tracks, etc.) or sightings on our land. 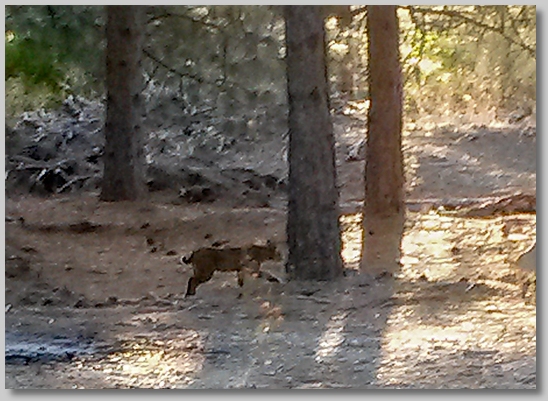 Bobcat (Lynx rufus)
Tracks and feces are common but they are rarely seen. The one above was just behind the "Lucky Pine" in September, 2016.

Gray Fox (Urocyon cinereoargenteus)
Occasionally seen on and around our land.

Black Bear (Ursus americanus)
Tracks and feces seen regularly, especially near the Springs and adjacent meadows. Occasional sightings on and near our land. 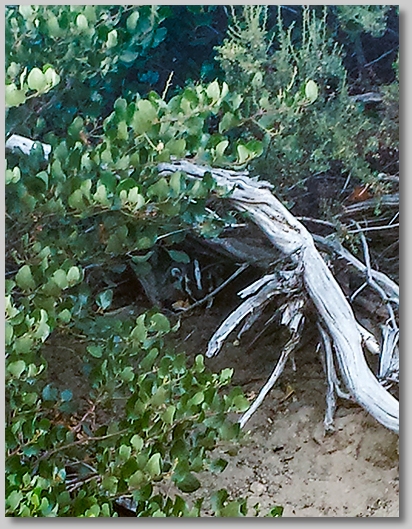 American badger (Taxidea taxus)
They've been seen a couple of times on or near our land. The one above was on the north end of our land in August, 2016.

Striped Skunk (Mephitis mephitis)
Only one confirmed sighting, on a cold winter night in early 2008 one got right into the X746 GN caboose.

Pine Marten (Martes americana)
Rare, one was seen in May 2008.

Bat
Several species inhabit our area. Bats frequently seen in the open area of the compound and near the pond. 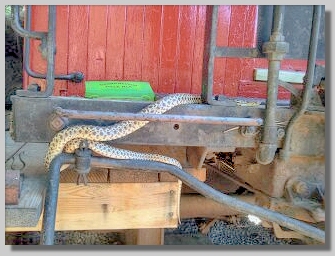