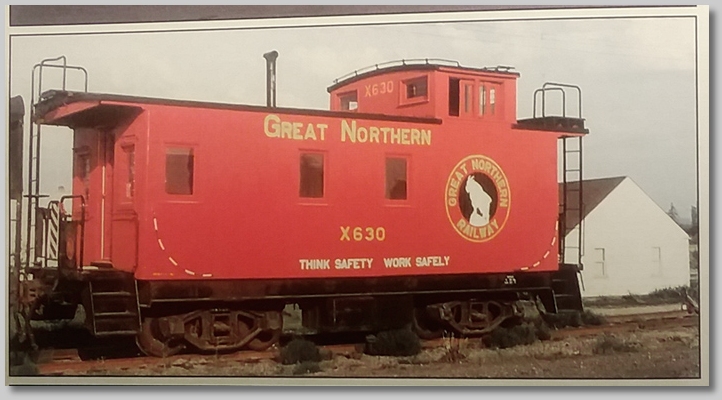 Great Northern caboose X630 photographed in Burlington, Washington in September, 1954. Photo credit unknown, permission being sought. Please contact us if you have information on this or any other historical photos of X630

In June, 2018 historic GN caboose X630 was moved from Dorris, CA to the grounds of the Black Butte Center for Railroad Culture (BBCRC) in Weed, CA where it will be preserved.

X630 was built in August, 1926 at the GN shops in St. Cloud, MN. It is similar to other 25' wood GN cabooses except that it features an unusually heavy steel frame giving it a distinctive look. The heavy-duty steel frame, re-purposed from a GN steam locomotive tender, was used to ensure the caboose could handle the stress of use in "pusher" service on the GN's western mountain grades. It reportedly was one of only ten such cabooses constructed by GN. Documents found in the caboose indicate it spent its later working life on the GN in Washington State. Following retirement in 1963 it was transferred to Weyerhaeuser Lumber Company for use mainly on the Oregon California and Eastern, based in Klamath Falls, OR. 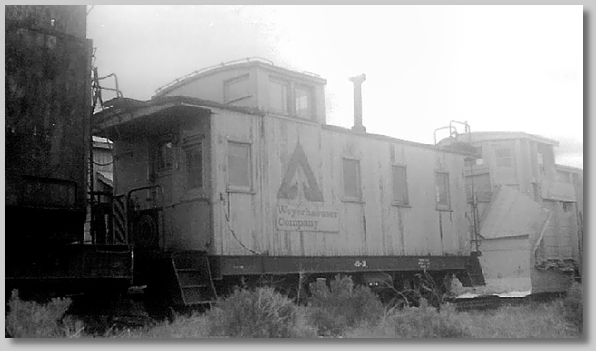 While on the OC&E, GN caboose X630 was in lettered for the Weyerhaeuser Lumber Company (WTC) #49-31. We are unsure whether X630 was ever lettered for OC&E. Photo by Jerry Lampher, used by permission, date unknown

X630 was then acquired by Robert Edgar and moved to his property near Dorris, CA, just south of the Oregon border and only 70 miles from the BBCRC. He passed away in 2016 and his family agreed to donate the caboose to the BBCRC so that it would have a good permanent home.

To accomplish the move to our site we received a $4000 grant from the Heritage Fund of the Great Northern Railway Historical Society (gnrhs.org) for which we are very appreciative. The Carlton Crane Company, assisted by BBCRC volunteers, accomplished the move on June 14-15. 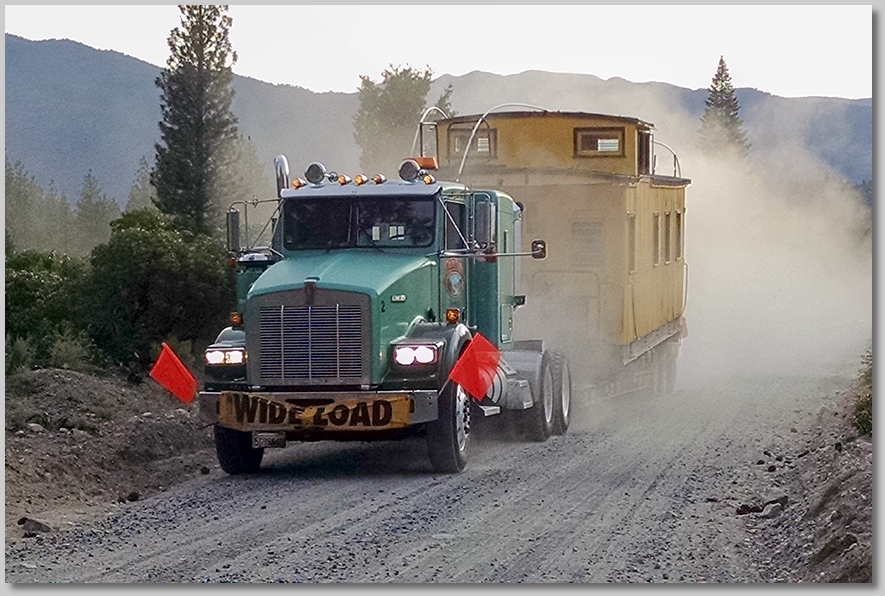 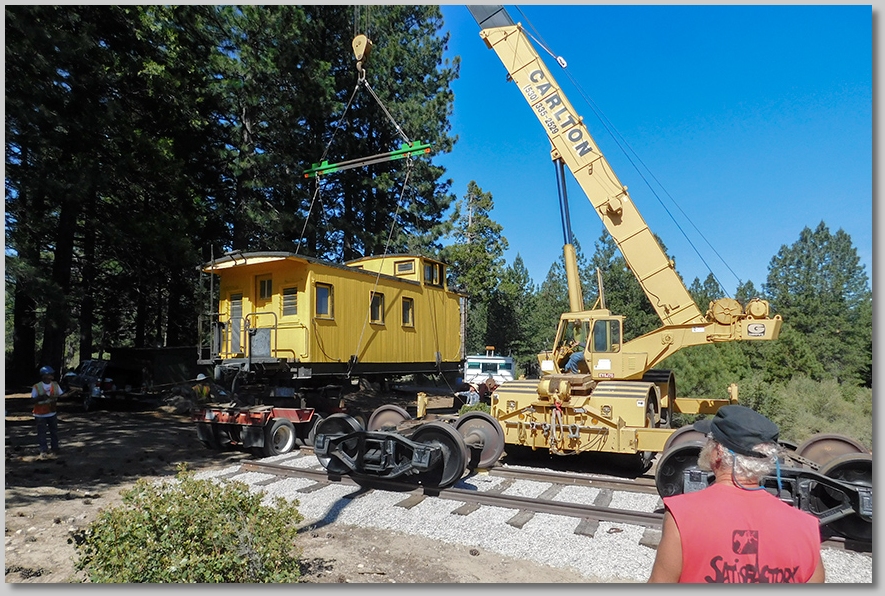 On the morning of June 15, Carlton Crane Company, assisted by BBCRC volunteers, placed the caboose on our newly constructed track pad

X630 retains many of its historic features. Some work is needed to stabilize the car — roof repairs and addressing some interior water damage. However, overall it is in very good shape considering its age. The BBCRC intends to maintain the car as an example of a classic steam-era wood caboose. It will be open for visits by the public during BBCRC events and upon request. 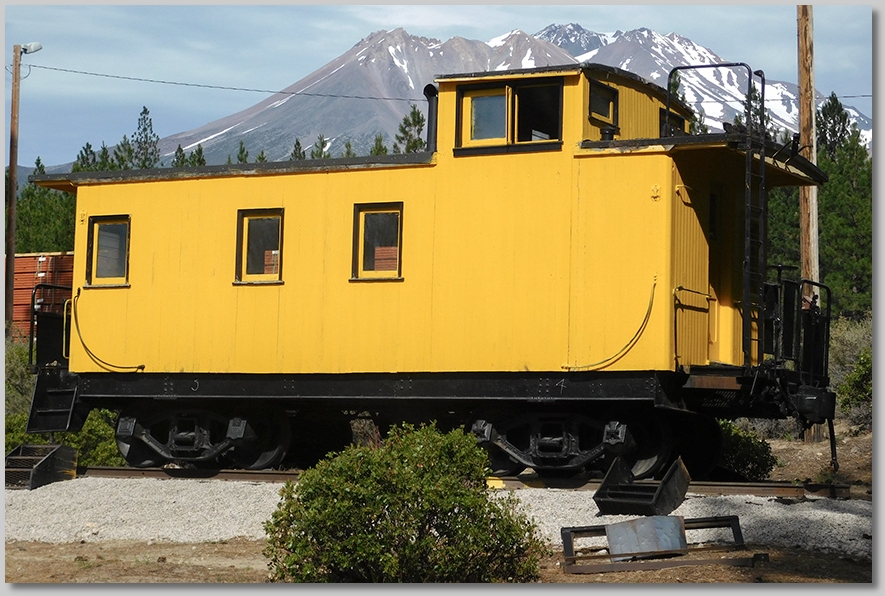 GN X630 in its new home at the BBCRC, right along the UP mainline and with a good view of Mount Shasta 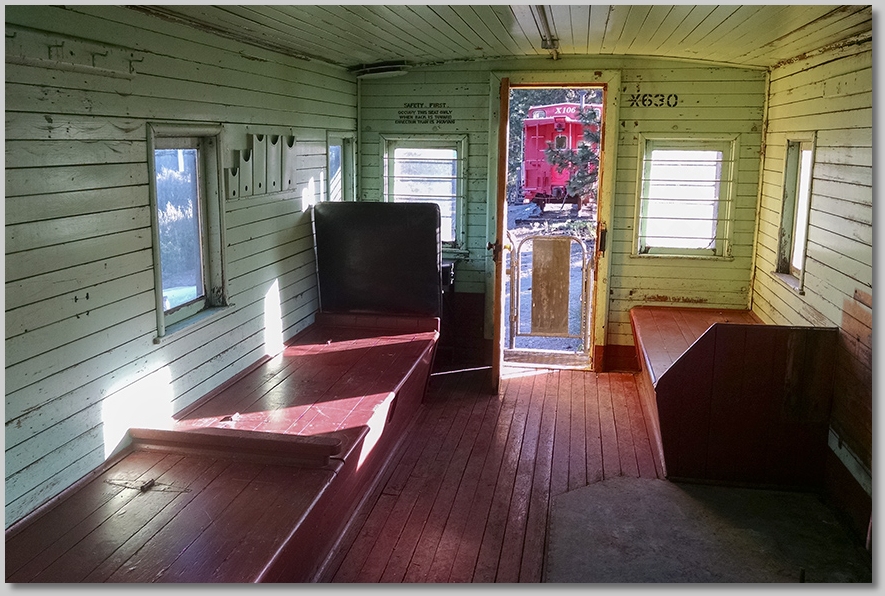 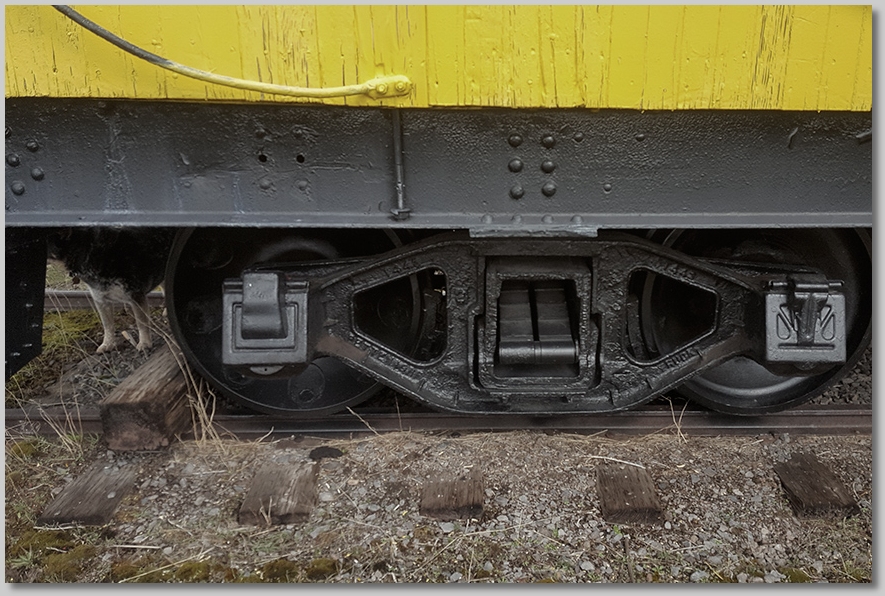