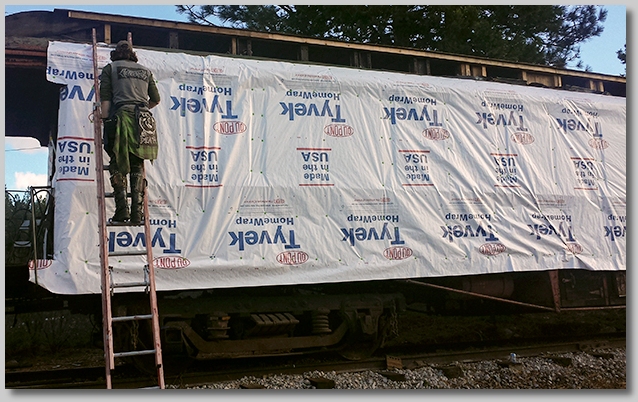 Before the winter of 2016-17 we wrapped the whole car in Tyvek in order to protect it from the harsh winter weather at a time when the roof rebuild was only half completed and the sides were still open to the weather.

2016 — Following our first summer of stabilization and restoration work on SP 109, the BBCRC produced a downloadable report on the progress to date. 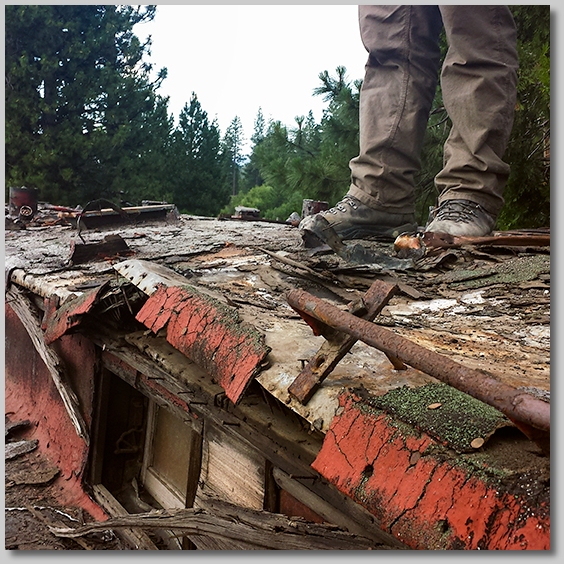 The further we examined the condition of the car, the more we realized what a huge job we had in front of us. The car's roof was un-repairable and, over the course of 2016 and 2017, had to be completely rebuilt. 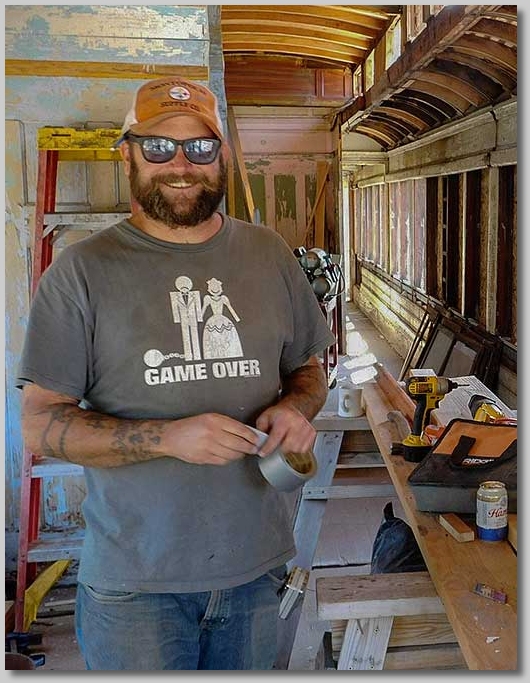 In 2017, realizing we needed the sustained involvement of a skilled craftsperson to move the project forward, the BBCRC arranged for a "summer carpentry residency." We were fortunate to find a competent volunteer, Mike Alford, who came from Austin, Texas to work on the car for several months. 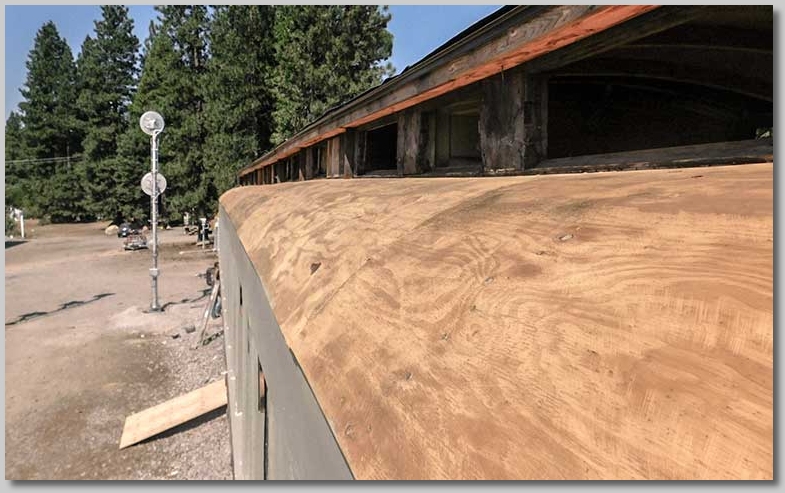 Over the summer of 2017 a new curved roof was built, matching the lines of the original roof. 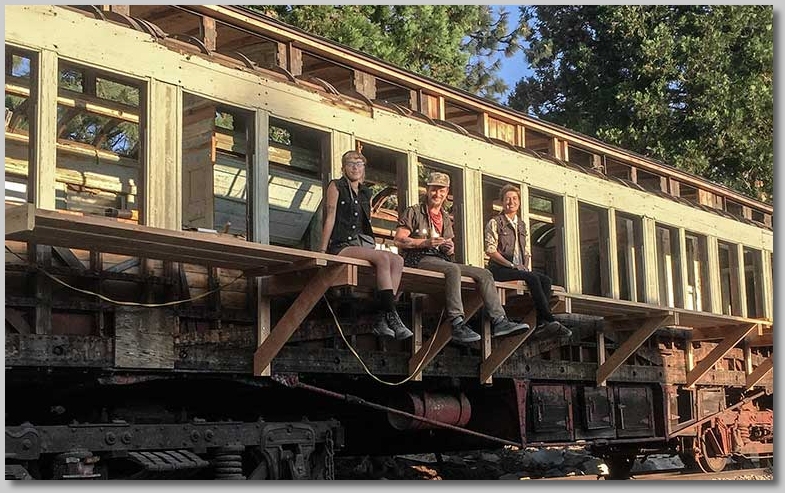 Temporary scaffolding was constructed allowing volunteers to access the car roof and windows. 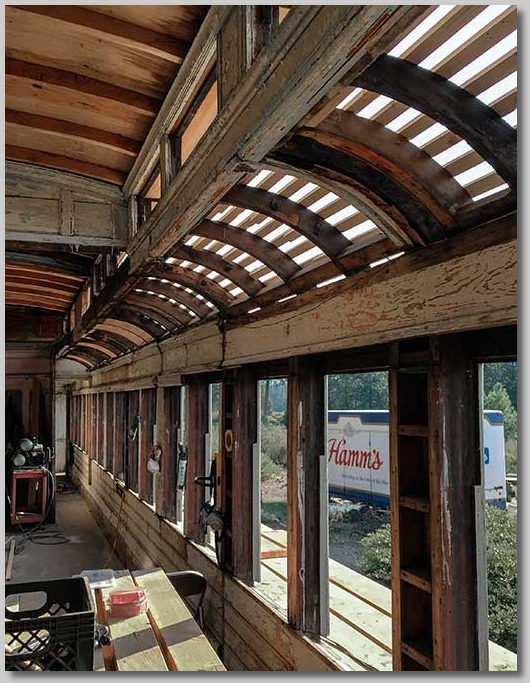 Both the interior ceiling and exterior roof, as well as the curved support rafters, all had to be completely replaced. 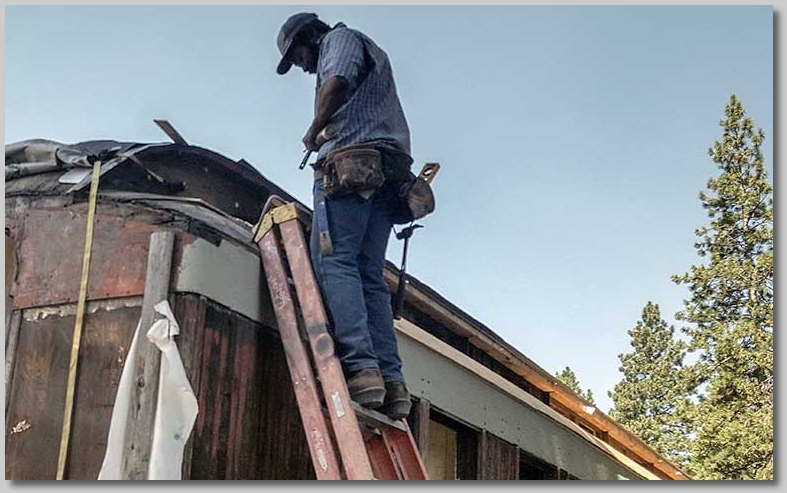 Dwight Hawkins, a carpenter and musician from Raleigh, North Carolina joined us for the second half of the 2017 season. 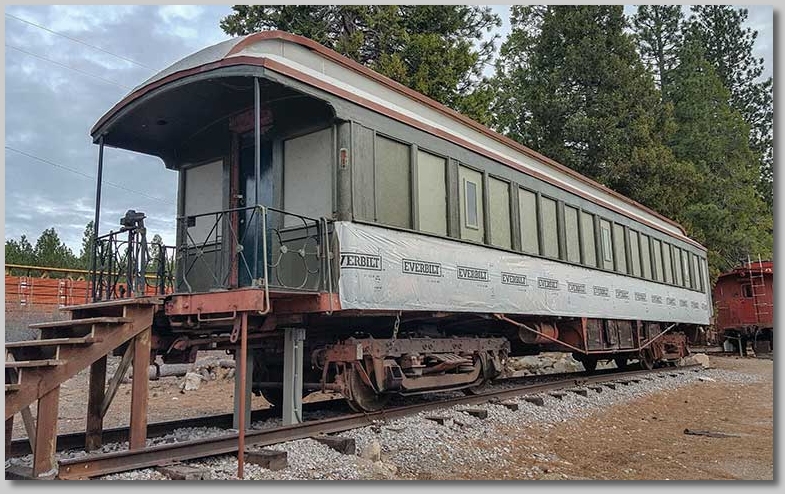 By the end of 2017, SP109's new weather-tight roof was on and other exterior work had been completed.