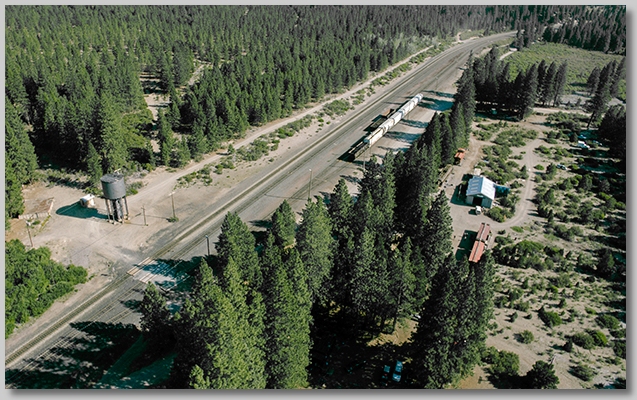 BBCRC compound. Our solar array has been installed behind our boxcars, in the cleared area in the middle right side of the photo.

For several years we have considered options for installing solar power at Black Butte. In 2016 it became a reality. After a successful fundraising campaign and construction activities in the summer and fall of 2016, the project was completed and energy started to be generated in late December. We now able to generate 100% of the energy consumed by the BBCRC!

Our site is an ideal location for solar power. We have a large cleared area on our compound with many hours of sunlight daily. Generating our own electrical power is an environmentally sustainable option and fits with our goal of trying to be as self-sufficient as possible. With solar we can end our dependence on Pacific Power's destructive hydroelectric dams on the Klamath River!

After reviewing costs and various options, in late 2015 the BBCRC board decided to go for it! Over the winter we put together a plan for financing the project involving a combination of BBCRC general funds, tax and other rebates and grants and an appeal to our friends and supporters, backed up with some short-term loans to be used as a last resort.

We are already on the grid so it made economic and logistical sense to install a grid-tied system which will allow us to use the grid to "bank" the power we generate without having to depend on a battery storage system. Eventually we hope to also have battery back-up storage so that we can operate completely independent of the grid when needed. That will happen in a future stage of this project.

We are able to move forward on this in large part due to the availability of some great local resources. One is Jeff Dickens, a good friend of the BBCRC and a Weed-based electrician with lots of solar experience. He is functioning as the lead contractor, helping us negotiate the system of building permits, working with the power company, and overseeing the electrical work. Another is Wholesale Solar (www.wholesalesolar.com). We are very fortunate to have a well-known solar power company located just a few miles away from us. In fact, their main warehouse is right on the south side of Black Butte. Wholesale Solar is our main supplier and, as we are a non-profit and neighbor, they are giving us a really good deal. Other friends, including infamous local personality Ben Homer, have helped out as well. As the following photos show, we are making good progress with our installation: 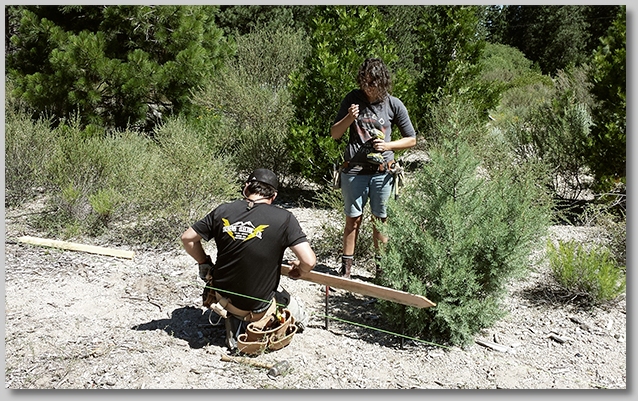 We got started by clearing a site out behind our boxcars and then surveying and laying out the locations for the racking system supports. 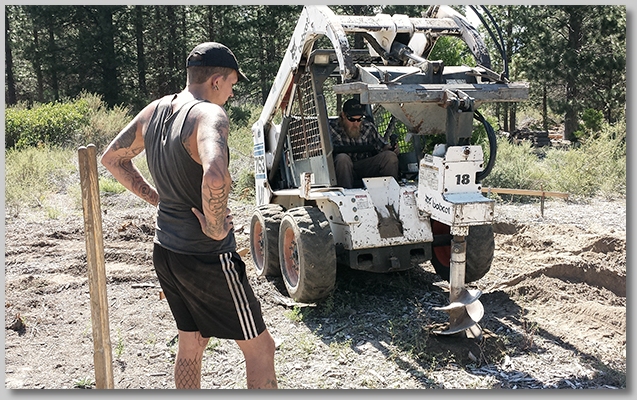 Using Ben Homer's masterful Bobcat skills, we used an auger bit to dig the holes for the steel pipes supporting our racking system. 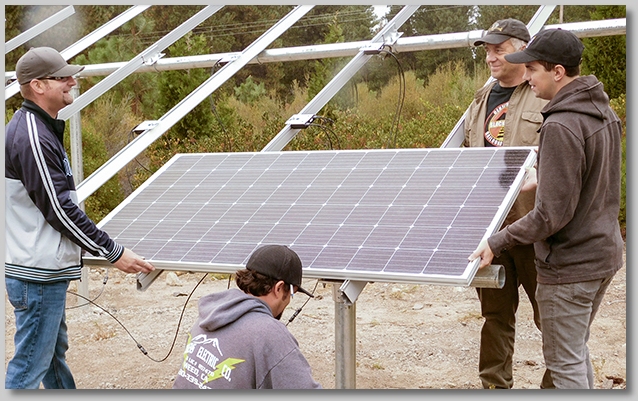 After pouring concrete and installing the supports, several staff from Wholesale Solar came over to the BBCRC and volunteered their time helping us to set up our racking system and install all thirty solar panels. Jeff Dickens and a number of BBCRC folks (and dogs) were also on hand. 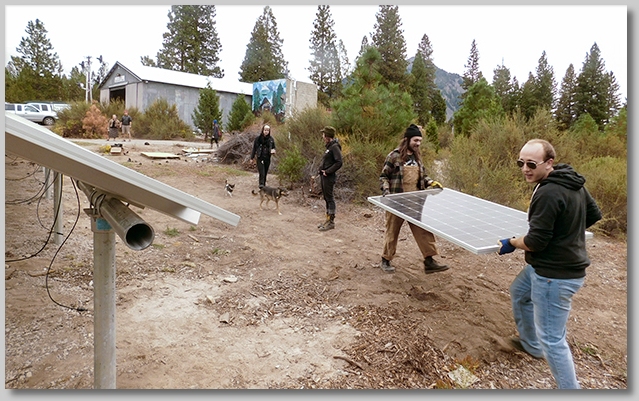 In late September we had a crew from Wholesale Solar, along with several BBCRC friends, come out and mount up all 30 of our solar panels. 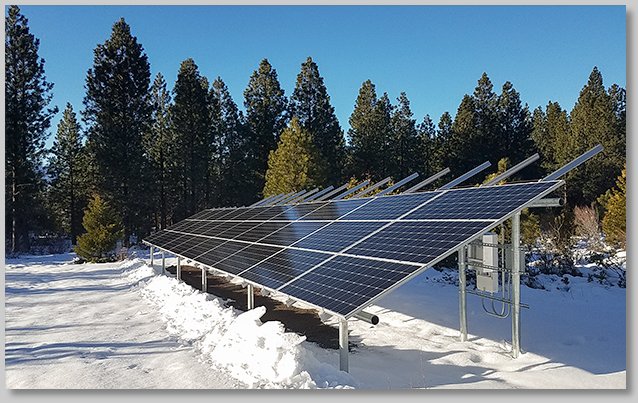 We would like to thank all of our friends and supporters who collectively raised approximately $20,000 to finance this project!