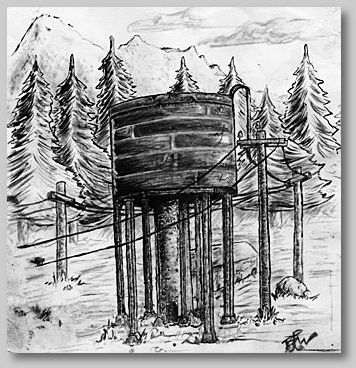 sketch of water tank by Brian

The most well-known railroad feature and a prominent landmark at Black Butte is the historic water tank, built in 1926 by the Southern Pacific at the time of the construction of the "Natron cut-off" line to Klamath Falls. The tank provided water for steam locomotives that would stop after making it up the steep grade from Dunsmuir, or on their way down the grade. Only a small number of these water tanks remain along the former SP lines. The tank at Black Butte, now owned by Union Pacific, is still operational and is occasionally used for watering steam locomotives during special excursions or for watering maintenance of way equipment. 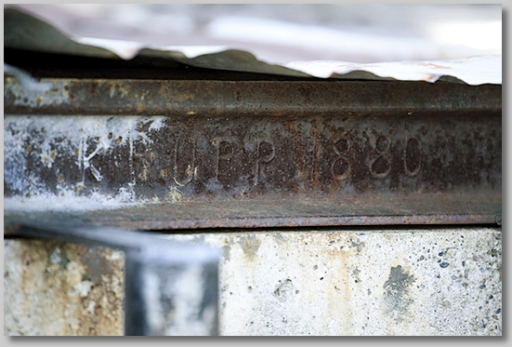 Above photo shows a remnant of rail dating from 1880 used to construct the reservoir behind the water tank. In 1880 the Central Pacific imported a large amount of rail from Krupp, a German steel producer, at a time when the US didn't yet have the capacity to produce large amounts of steel rail.

The tank is famous for its historic hobo "tags" dating back to the 1930s and has been featured in documentary films. We intend to eventually provide detailed documentation of the tank on this site. We intend to support efforts to ensure that this historic structure is protected and preserved in the future. 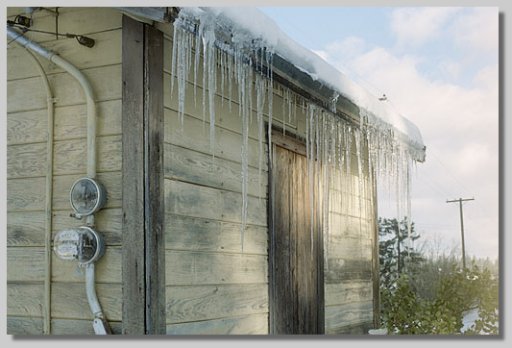 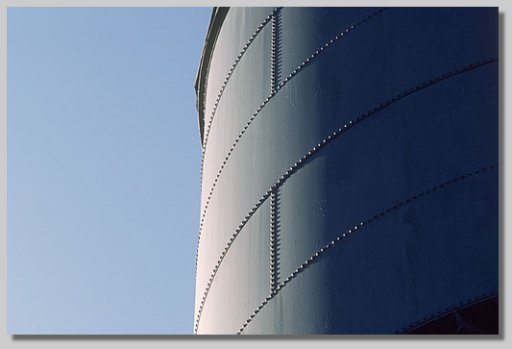 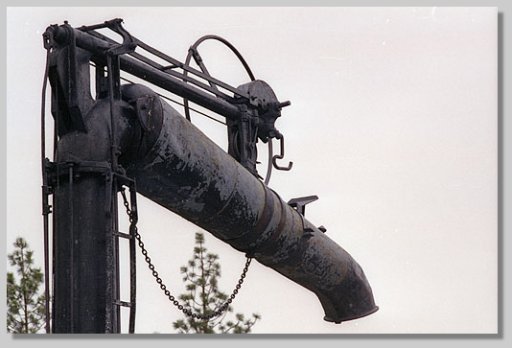 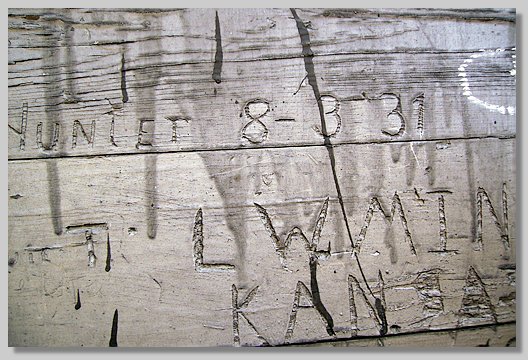 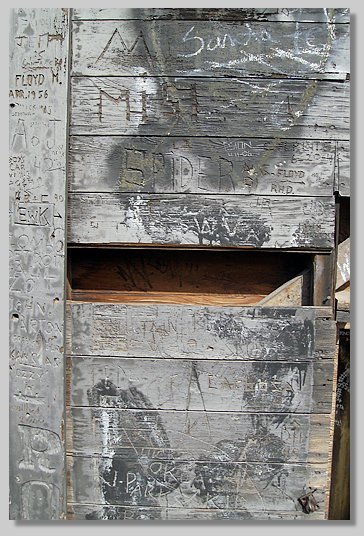 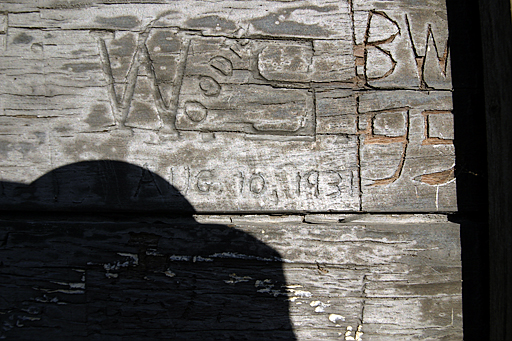 It's a nice thought, but Mr. Guthrie spelled it "Woody", not "Woodie" 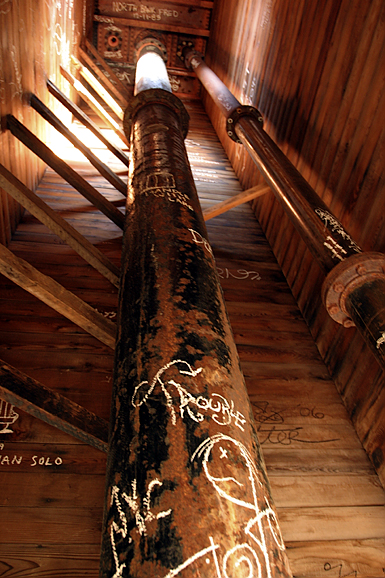 Inside the water tank structure, looking up 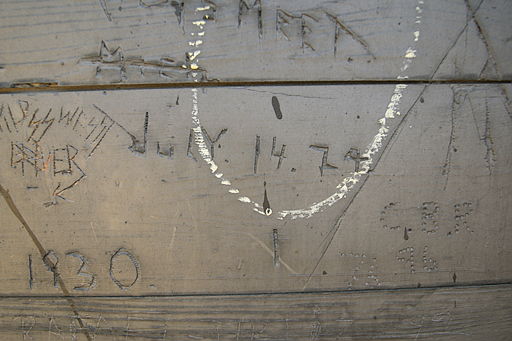 Hobo tag from 1930, only four years after the tank was built 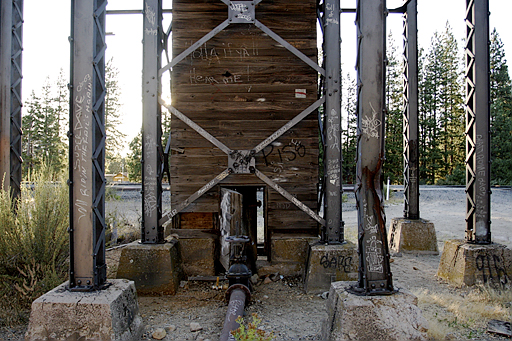 Base of the 1926 Black Butte Water Tank 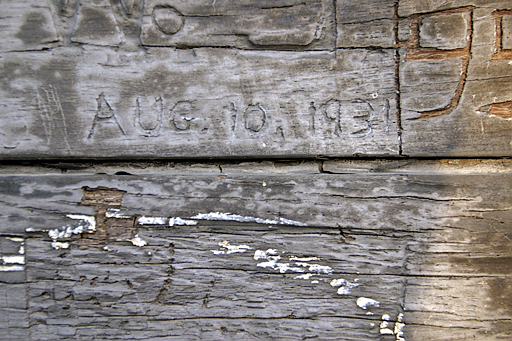 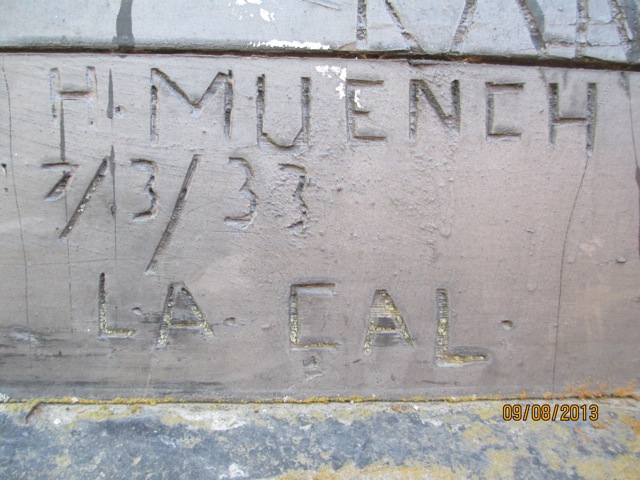