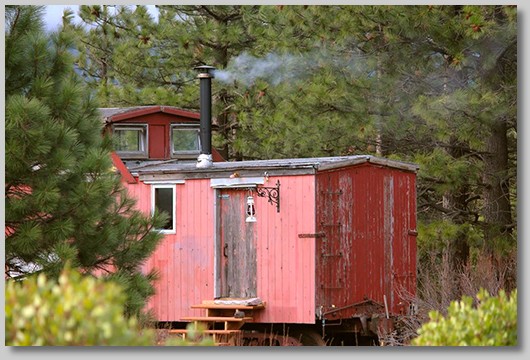 In the 1970s when renowned folk singer and rabble rouser Bruce "Utah" Phillips (1935-2008) was recording some of his most well known music, he moved an old Central Vermont flanger car, #4227, onto the grounds of Philco Records in rural Vermont. He lived in it and hosted many gatherings of musicians, friends, and family. When the old caboose-like rail car was put up for sale in the Fall of 2016 by its owners, Duncan Phillips — Utah's eldest son — contacted his friends at the BBCRC, and the plan was hatched. They concluded that the rail car should be acquired and shipped across the country to the place where Utah would have wished it — the Black Butte Center for Railroad Culture in Weed. Upon being contacted and learning of the plan, the owner — an avid fan of Utah Phillips — decided to donate the rail car with the caveat that the parties carry out the plan as intended.

After forming a new organization dedicated to the project, The Long Memory, and raising more than $25,000 from online crowd sourcing, cash and check donations, benefit concerts and other efforts, BBCRC and TLM transported the car across the U.S. from Vermont to California. Now safely at rest at the BBCRC, it is undergoing rehabilitation and restoration work leading to its transformation into the "Utah Phillips Flanger Car Library" — a memorial to the life and music of Utah and a place where people can celebrate and learn about his legacy. Friends and fans of Utah Phillips, various musicians and bands, railroad buffs and members of the Industrial Workers of the World (Phillips' union) have all contributed the funds to make the project possible.

For a short summary of the life of Utah Phillips see his 2008 obituary in the New York Times.

Read more about the move in the Weed Press. 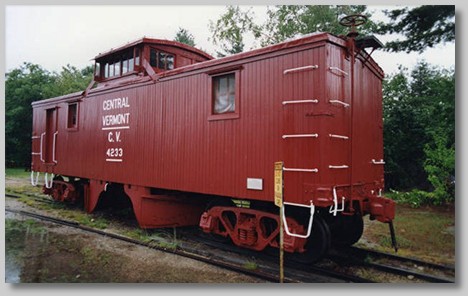 CV Flanger 4233 in all its glory. It is a sister car to the one at Black Butte

On Memorial Day weekend, 2018, we will conduct a dedication ceremony and ribbon cutting, together with a weekend music festival featuring many of Utah's old musician buddies, all designed to celebrate the life, work, and music of Bruce "Utah" Phillips on the 10th anniversary of his passing from this world. 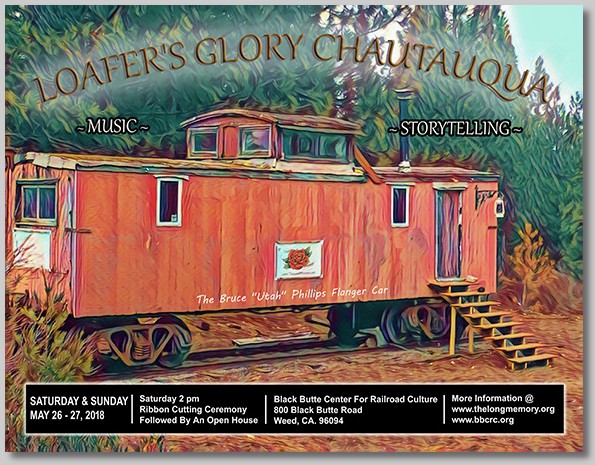 See additional photos and a description of the move from Vermont to the BBCRC at www.thelongmemory.com/the-latest-news 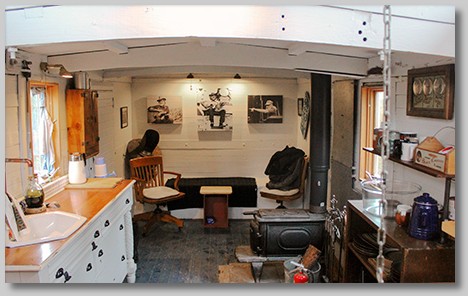 For more information, see the official website at The Long Memory put together by Duncan Phillips. The comprehensive website is a treasure trove of information, not just about the caboose/flanger and its history, but about Utah Phillips — his life, music, ideas, recordings, wisdom, poetry, writings, radio shows, and more. If so inclined, you may also make a donation online or by mail. 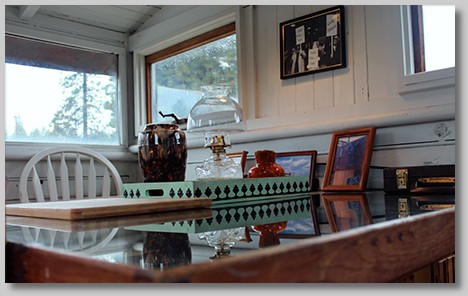 The view from the cupola

Ron Angle has a youtube channel for his "Utah Phillips Remembered" videos, and we have a page of additional photos of the arrival of the car at BBCRC.