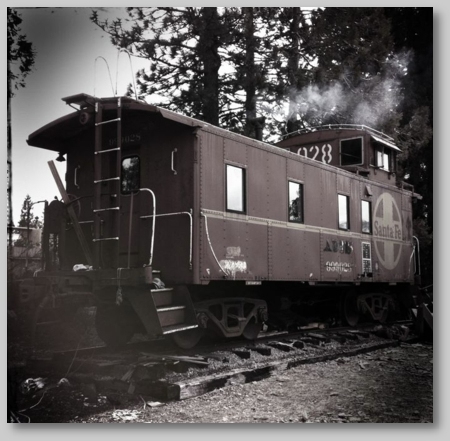 Between 1966 and 1968, Santa Fe's West Wichita shops upgraded 315 all-steel cabooses for mainline pool service. Previously, cabooses had been assigned to individual crews, and were changed at every crew change point. Labor agreements reached in the 1960's allowed cabooses to run-through, but also required certain upgrades. The Ce-1's were equipped with cushion underframes and sealed windows in place of the old, sliding kind originally found on the cars. Taking the cupola end as the rear, the three windows on the right side of the car were initially retained, while the five windows on the left were reduced to four. Within a few years, the arrangement was changed to just two on the right and one on the left. 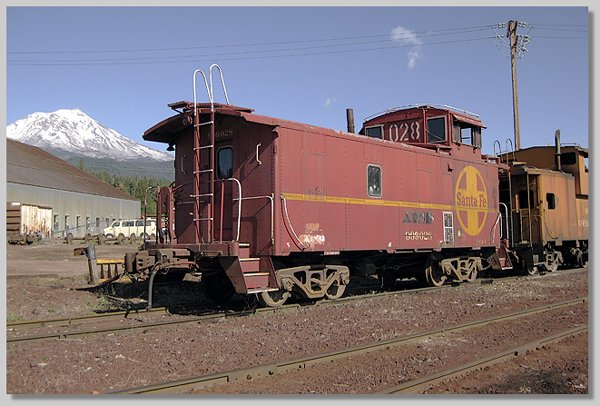 The caboose has been in private ownership for some time and has been stored on the McCloud Railway for the last few years. One of our BBCRC boardmembers, who is also a locomotive engineer, gained ownership of the caboose last Fall. Carlton Enterprises of Burney accomplished the move, again in a flawless manner. Above is a shot of the caboose in the McCloud yard and below are some shots of our site preparation work in January in advance of the move. To see a slideshow of the move and restoration of the Santa Fe caboose, follow this link. 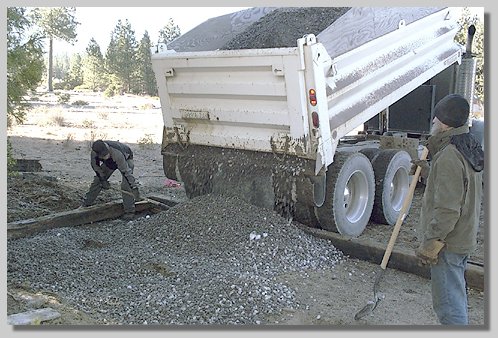 After selecting a suitable site, Red and Rick levelled a 30' x 10' pad and bordered it with railroad ties donated by the Central Oregon & Pacific Railroad. Sousa Ready Mix of Mt. Shasta brought out the ballast and it was spread out to form a base for the ties and rails. 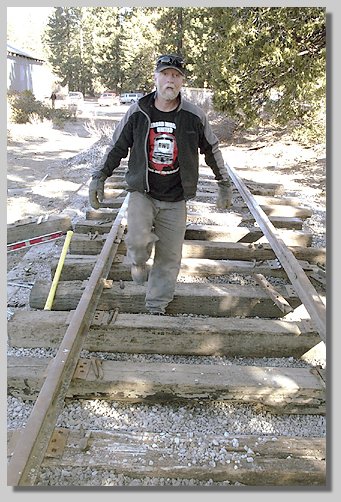 With ties from the Central Oregon & Pacific and rails from the McCloud Railway, a 33' section of "track" was constructed to support the caboose.