The photos below are from our eighth season: 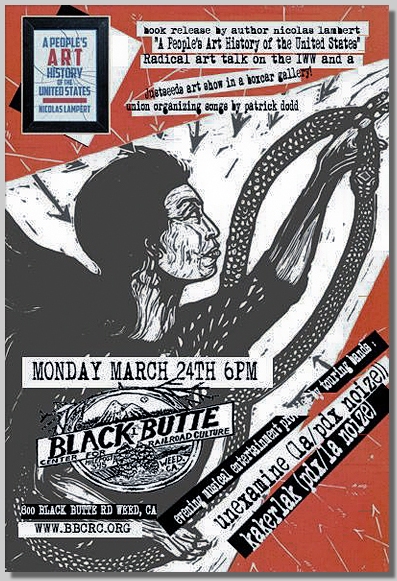 We started out the 2014 season with a visit by Nicolas Lambert on his book release tour for "A People's Art History of the United States". In our library, Nicolas gave a reading out of the book to the assembled crowd on the history of the IWW. Patrick Dodd, a IWW musician friend of the BBCRC based in Ashland, then led a round of music in the boxcar, followed by some noise bands. It was a good start to the season. 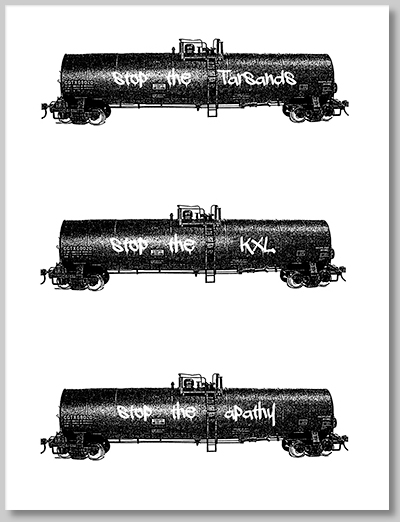 Along with his talk, Nicolas Lambert set up an art show from the Just Seeds Art Collective, of which he is a member. Just Seeds is an activist art group which, among other issues, focuses on natural resource/environmental issues. 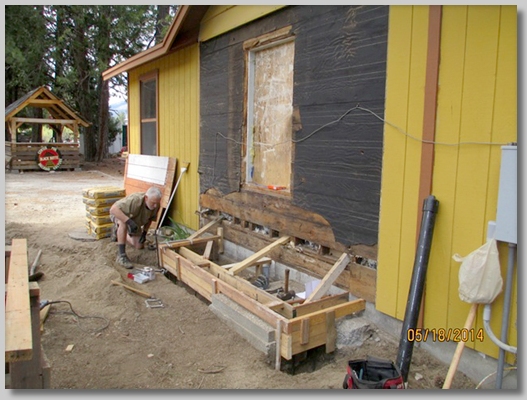 We continued with the expansion of our office/caretaker residence by adding on a depot style bay window on the west side of the building. 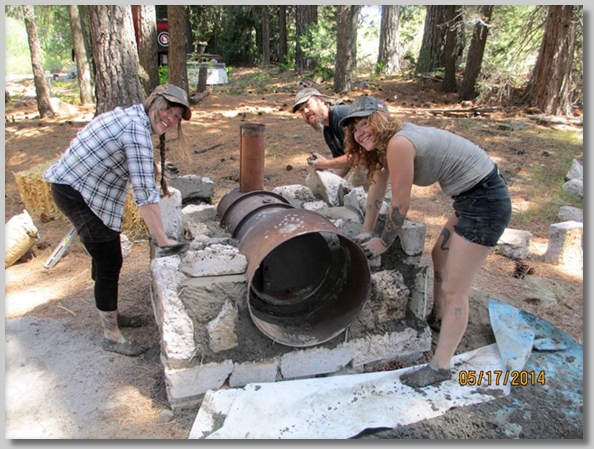 At our Spring Work Party in May, our outdoor pizza/bread oven started to take shape. 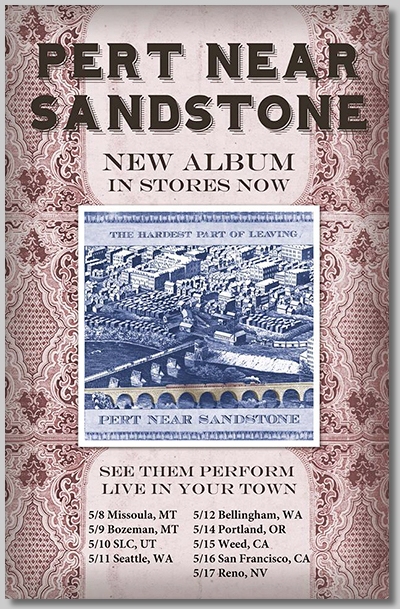 Minneapolis-based old time band Pert Near Sandstone played the Spring Work Party. A boxcar in Weed, CA was the only small town exception to their big city west coast tour. 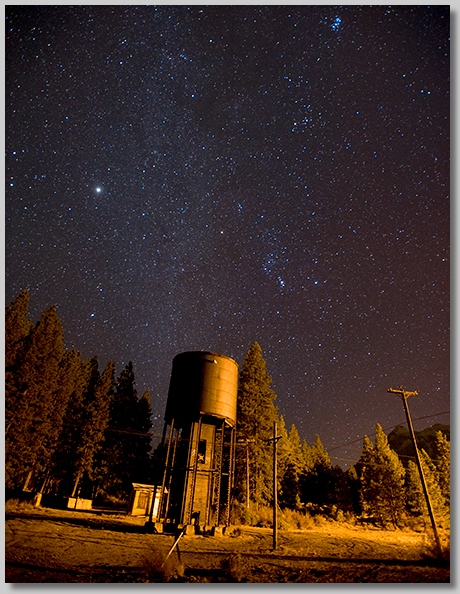 Well-known rail photographer Dick Dorn paid us several visits while documenting the last days of the Black Butte searchlights (see our Searchlights page) and in the process took some spectacular night shots at Black Butte.