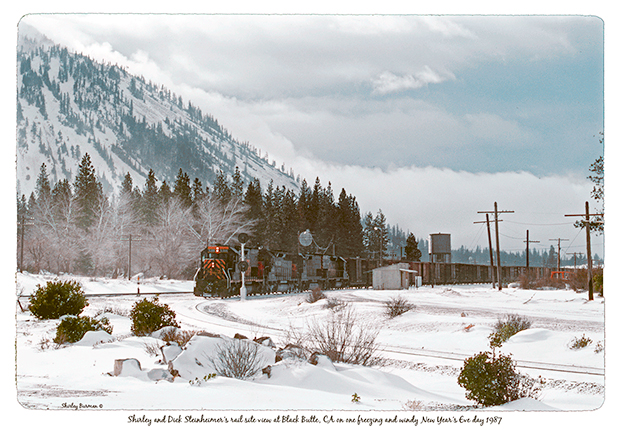 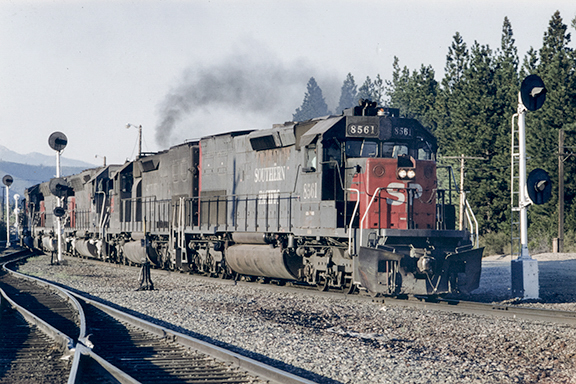 circa 1992 "Tunnel Motors" on the Siskiyou Line. In the later years of Southern Pacific operations over Siskiyou Summit, SD40T-2 "Tunnel Motors" locomotives were a frequent site at Black Butte. These locomotives were designed with special air vent systems to operate well within the many tunnels on SP's western routes. In the summer of 1992 the SP suspended operations over the Siskiyous, a line with steep mountain grades, in favor of its route through Klamath Falls. The use of the Tunnel Motor units ceased. Robert Morris 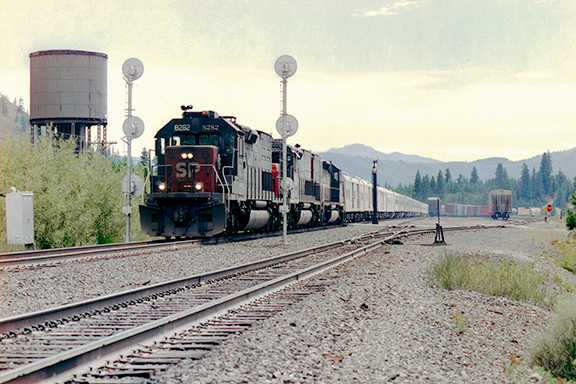 circa mid-1990s The Circus Train at Black Butte. For many years one of the Ringling Brothers circus trains would run through Black Butte on their annual western tour, usually in September. In recent years this has become more sporadic. Sometimes the train runs on the BNSF. However, it did come through in 2011. This shot is from shortly before the SP merger into UP, probably in 1995 or 1996. Robert Morris 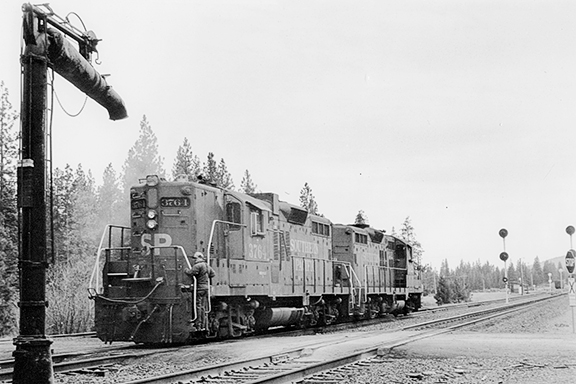 circa mid-1990s SP GP-9s and the Water Spout. GP-9 locomotives, built in the early 1950s, were for many years a common sight at Black Butte. In its last years of existence at this time was the original 1926 spout for the Black Butte water tank. Robert Morris 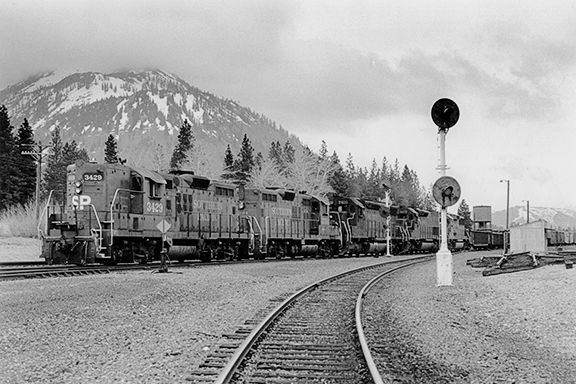 circa mid-1990s SP's GP-9s on a Northbound. The use of GP-9 locomotives continued up until the end of SP operations. On September 11, 1996 an era ended when Southern Pacific was taken over by Union Pacific. Robert Morris 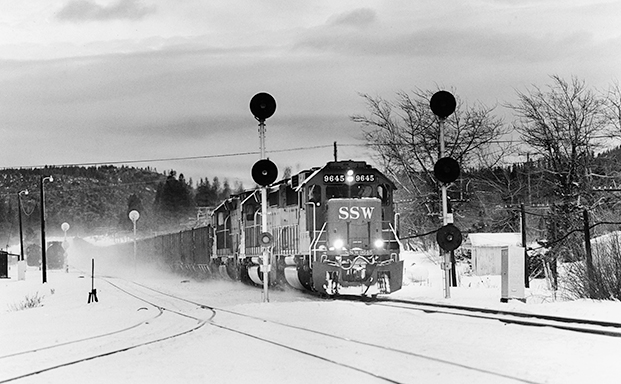 1994 Unit trains of sugar beets ran through Black Butte on a seasonal basis for many years. Dick Dorn 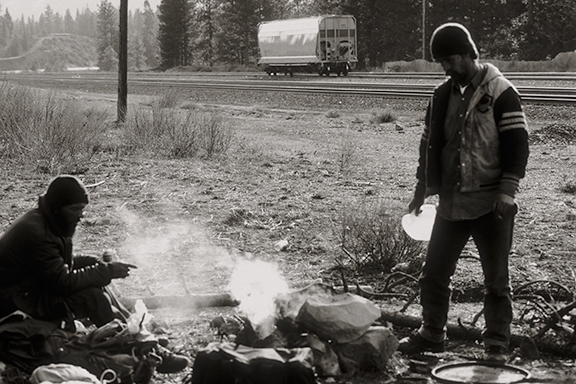 1997 Tramps cooking up next to the water tower in the Black Butte yard. North Bank Fred 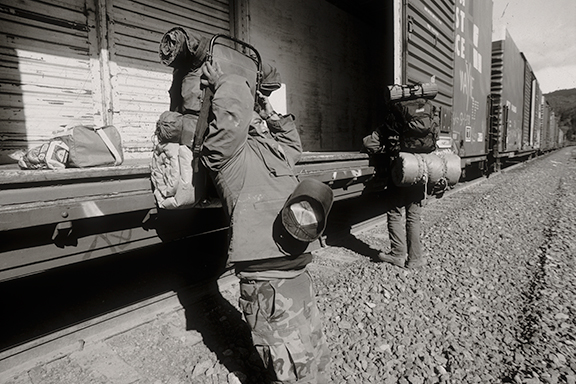 1997 Tramps catching out on a northbound from the Black Butte yard. North Bank Fred 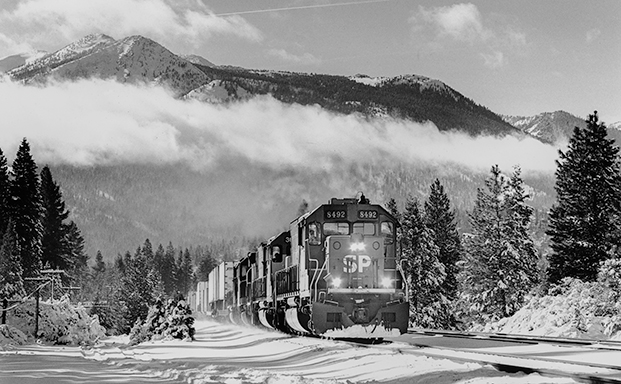 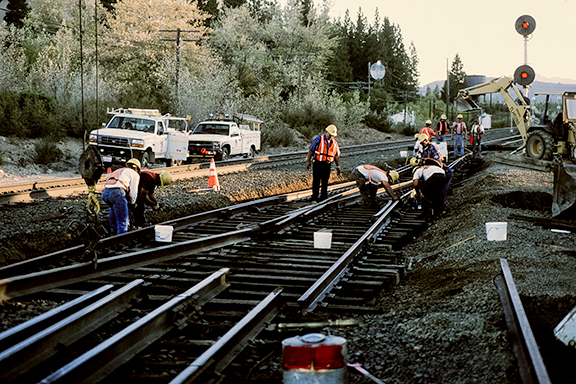 1999 Crossover switch from the siding to the east leg of the wye being replaced. North Bank Fred 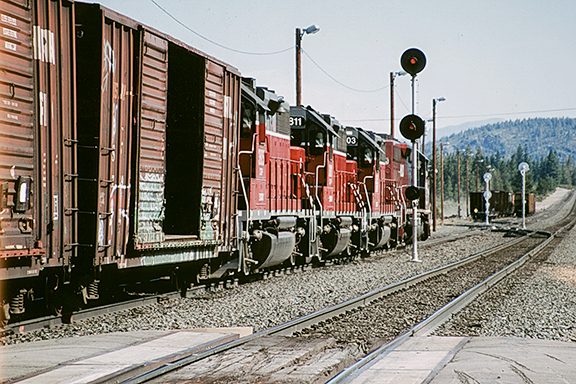 1999 CORP at Black Butte. At the beginning of 1995 SP leased the Siskiyou Line to a new regional railroad, the Central Oregon and Pacific (CORP). In July of that year CORP resumed operations over the Siskiyous to Medford. Five days a week a daily train would start out at Black Butte, switch in Weed and then head north, working the Yreka Western interchange in Montague and then exchanging crews with the southbound in Hornbrook. At first a daytime operation, operations over the Siskiyous were mainly at night in the years before the line closed again in May, 2008. Ryan Wilkerson 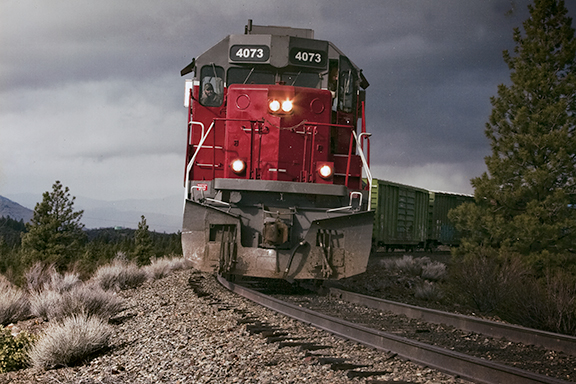 1999 CORP approaching the Black Butte wye. The line from downtown Weed to Black Butte features a steep grade. As most outbound traffic are loads, the diesels come up from Weed with a roar that can be easily heard and identified from the BBCRC. Ryan Wilkerson